The PGA TOUR heads to picturesque Pebble Beach this week for a historic event on one of America’s most iconic courses. The AT&T Pebble Beach Pro-Am returns to its traditional format for this year’s tournament, and will be played over three courses.

This will be the third straight week the Tour event is played over multiple courses. The 2022 Pebble Beach Pro-Am follows The American Express, won by huge longshot Hudson Swafford, and last week’s Farmers Insurance Open where 37-year-old Luke List (+8300) captured his first PGA TOUR title with a playoff win over Will Zalatoris.

Canvasing the spectacular coastline that wraps around California’s Monterey Peninsula, the pro golfers and amateurs will play each of the three courses Thursday through Saturday.

The top 60 will return Sunday to crown a winner at Pebble Beach.

All three courses are exposed to the coastline and can be highly susceptible to winds. The prize pool is up this year to $8.7 million, with $1.6 million set to go to the winner.

Top players to watch and odds to win the Pro-Am

The 156 player field has nine players ranked in the top 50 of the Official World Golf Rankings, after Will Zalatoris withdrew due to testing positive for COVID–19.

Defending champion Daniel Berger returns for this year’s renewal. He made a 30-foot eagle putt on the 72nd hole in 2021 to win by two shots over 2018 Stanford graduate Maverick McNealy.

Long Beach native and former UCLA All-American Patrick Cantlay tops the field, and is favored to win as the reigning FedExCup champion and No. 4 player in the world. Cantlay tied the course record (62) last year in the opening round at Pebble Beach on his way for a tie for third.

2017 AT&T Pebble Beach winner Jordan Spieth tied Cantlay a year ago. He’s another set to tee it up this week.

Below are the top players, with current world rankings and odds to win from DraftKings Sportsbook:

Former world No. 1 Jason Day is moving back up the world rankings to No. 83 after last week’s T3 finish, which put him just one shot out of the Farmers Insurance Open playoff. Day has seven top-7 finishes in the AT&T Pebble Beach event including last year.

Players in the field who have posted multiple top-10 finishes in the AT&T Pebble Beach Pro-Am the last five years include:

The lighter field of stars and top-ranked players at Pebble Beach is impacted this week by the Saudi International event overseas. That tournament is making its debut on the Asian Tour. 20 players ranked in the top 50 of the world traveled to play in the event, and many are paid hefty appearance fees.

As you watch the tournament over the beautiful rotation of courses, know the PGA pros are paired with amateurs and celebrities in the first three rounds. That includes Buffalo Bills quarterback Josh Allen. 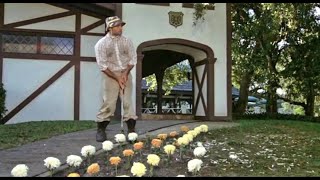 Follow along Thursday and Friday from 3-6 p.m. ET on the Golf Channel. The Golf Channel will air the tournament on Saturday and Sunday from 1-3 p.m. ET. CBS takes over live TV coverage from Pebble Beach starting at 3 p.m. ET.

Next week, the PGA TOUR heads to Scottsdale for the Phoenix Open before returning to Riviera County Club in Pacific Palisades for The Genesis Invitational, which begins on Thursday, Feb. 17.

View all posts by Fairway Jay