Supporters of an online sports gambling initiative are ratcheting up their campaign to highlight the differences between an alternative California sports betting proposal on November’s ballot.

“The choice between Prop 26 and 27? Let’s get real. Prop 26 means no money to fix homelessness, no enforcement oversight, and no support for disadvantaged tribes. Yikes,” the voiceover says. 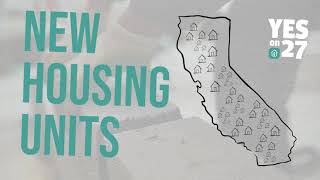 California voters will decide the two sports betting questions in the Nov. 8 General Election. According to public records, the battle between Prop 26 and Prop 27 is the most expensive ballot initiative contest in U.S. history.

“Get Real” was paid for by Yes on 27-Californians for Solutions to Homelessness and Mental Health Support. This coalition includes seven online gambling companies hoping to launch mobile sportsbooks in California with the passage of Prop 27.

The commercial says that Prop 27 “includes strict audits” to make sure money goes where it should. The constitutional amendment outlines funding requirements.

Prop 27 places a 10% tax on online gambling revenue. Of that figure, 85% goes toward homelessness and mental health services and 15% to the Tribal Economic Development Account.

Gov. Gavin Newsom has publicly stated homelessness is among the state’s biggest challenges. However, the first-term Democratic governor has elected to remain neutral on the state’s competing ballot initiatives.

David Danzis is a lead writer and analyst for CatenaMedia's network of Play sites, appearing on PlayNJ, PlayCA and PlayOH. He is a New Jersey native and an honors graduate of Rutgers University. As a newspaper reporter for the New Jersey Herald and Press of Atlantic City, David earned statewide awards for his coverage of politics, government, education, sports, and business. After years of reporting on Atlantic City casinos, NJ online gambling and sports betting, his focus is now on emerging gaming markets. David lives in NJ with his wife and two children. When not on the beach, golf course, or snowboarding, David enjoys watching his beloved New York sports teams — Yankees, Jets, Rangers, and Knicks.

View all posts by David Danzis